This image documents a masked partygoer who fatally stabbed seven people with a kitchen knife on Halloween 1962. 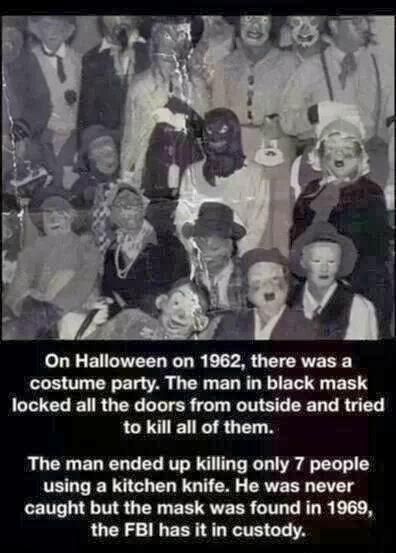 On Halloween 1962, there was a costume party where nearly 85 people attended. The man in the black mask locked all the doors and tried to kill all the people that were inside.

The man ended up killing only 7 people using a kitchen knife. He was never caught but the mask was found in 1969.

The FBI still holds this mask in custody to this day.